We create modern mobile applications. Keep up to date with the company's blog. 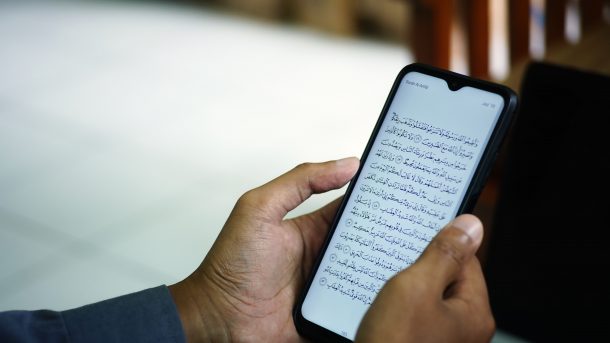 The global mobile app market is growing at a gigantic speed. In 2020 alone, it grew by a third, and forecasts indicate that by 2022 its value will exceed $420 billion. Analysts indicate that over the next few years the numbers related to app installations and the money spent in them will only grow.

Although the “mobile revolution” or the transition from using desktop versions of websites and programs to their mobile versions available on phones has been going on for a good few years, the pandemic has only accelerated these processes. With lockdowns, isolation and remote working the order of the day in 2021, the number of hours we spend in front of small screens has increased by 30% compared to 2020, averaging almost 5 hours a day.

The mobile market is still on the upswing

Financial statistics only confirm what is currently happening in the mobile app market. The record-breaking year of 2021 so far has seen the release of 2 million new mobile apps and games. The latter alone brought in $116 billion in revenue and saw a 15% increase over the previous year. The apps of particular interest to users were dominated by those used for contacting loved ones (Messenger, WhatsApp), remote working (Zoom, Microsoft Teams), entertainment (Netflix, HBO Go, Spotify), and social media, which have ranked among the top most downloaded programs on Google Play and the App Store for years.

The market is dominated by free applications, but statistics show that customers are increasingly ready to spend their money on them.

As the statistics of the AppAnnie service show, in 2021 $135 billion will be spent on mobile app purchases, a quarter more than the year before.

According to experts, the mobile app trend will not slow down and even in 2022, when the pandemic seems to be letting up, it will record another record growth.

Religious applications on your smartphone

Among the utility apps that are available in the market, religious apps are a constantly growing branch. Depending on the country, apps specific to particular faiths dominate. In Europe and the Americas, these are mostly applications related to Christianity, in Africa and Asia – to Islam, Buddhism, Judaism, Hinduism, Confucianism or Taoism.

Apps for Muslims, which help with daily prayer and provide Islam-related materials, have seen particular growth in recent years.

A 2021 Indonesian survey on media use during Ramadan found that 42% of respondents planned to use religious apps during the holiday. The month of Ramadan typically sees an increase in religious activity among believers, and religious apps can help with prayer.

Christians know how important and necessary it is for them to interact with the Bible on a daily basis. At the same time, having a copy of a large book with you at all times may not be convenient. There are many applications on the market to help Christians in their daily religious life, but the most popular are those that contain the text of the Bible.

These apps feature easy access to a selected Bible passage, the ability to highlight it and add your own notes, the choice of any translation, and the option to read or view ready-made Bible commentaries. Increasingly, the apps also feature social networking elements that allow you to share a selected Scripture passage on Facebook or Twitter, or directly forward it to friends and acquaintances.

Among the ever-growing number of Bible apps, Bible + Audio is worth noting. It is an extended program thanks to which we gain access to a number of useful functions. The most important feature of the program is the ability to read the Bible in hundreds of languages and dozens of translations. The huge repository can be freely browsed and customized to your liking.

A convenient option is the ability to mark passages, add bookmarks, notes as well as the ability to synchronize all your settings and notes in the cloud so that they do not disappear when you uninstall the application.

What should you know about Hinduism?

Nearly one billion people in the world follow Hinduism. Thanks to apps like Hinduism Today, they can have access to the most important information about their religion. The Hinduism Today app is a digital edition of the periodical of the same name. It features in-depth articles on Hinduism’s major institutions, leaders, and issues, as well as opinions and testimonies from youth, men, and women on contemporary challenges and achievements of Hinduism. Educational sections offer knowledge in modern language.

The app includes information on Hindu food trends, news on yoga, ecology and much more.

In the app, you will find the ability to add your notes, highlight passages, and adjust the text to fit the screen size.

How to find the way to Mecca?

Among the applications for Muslims, especially important are those that indicate the direction of prayer. According to Muhammad’s directives, every Muslim should position himself in the direction of Islam’s holy place during prayer: The Kaaba in Mecca. Another no less important element is saying the Salat prayer at the right time of day.

A good example of an app that addresses the mentioned needs of Muslims is Way to Mecca: Salat & Qibla, which has recently been released on the mobile market. The app is available on the Google Play store and was created specifically with Muslim prayer in mind.

Way to Mecca first and foremost provides precise directions to Mecca, so that no matter which part of the world the app user is in, they will always know the exact direction of the prayer. The application uses the gyroscope and GPS data contained in almost every smartphone, and on their basis indicates in which direction of the world Mecca lies.

Due to the precision with which it reads the data from the aforementioned sensors, the user can always be sure that the direction is correct.

A feature that will certainly prove particularly useful for Muslims is the reminder of the upcoming Salat prayer and the ability to mark which prayers have already been said. The prayer time depends on the location where the device is located, so it uses your geographical location and shows you exactly when it is time for Salat in that location.

Prayer time notifications can be turned on or off at will depending on your preference. Notifications for one prayer can be enabled while others will be disabled at the user’s request.

Moreover, there is a calendar inside the app that will indicate days with past prayers and remind you of upcoming important dates during the Muslim year.

The Way to Mecca app: Salat & Qibla is adapted to all types of phones, including those that premiered some time ago. Thanks to its appropriate design, it does not slow down older phones, is lightweight and works well despite the heavy load of other applications on the device. It is also visually clear and very easy to read.

Due to the large number of Muslims in various countries, the application contains many language versions, which automatically adjust to the language activated on the phone. 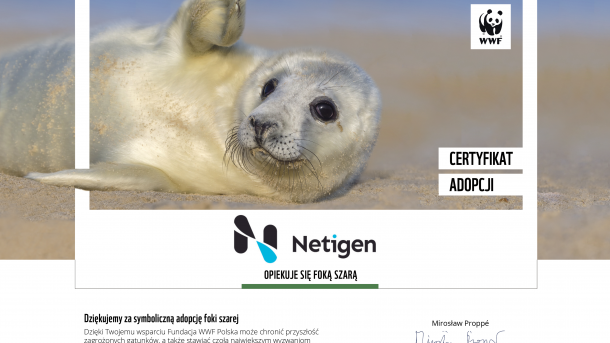 Today we would like to inform you that we have symbolically adopted a grey seal, which is an endangered species.

We are proud to sponsor this action together with WWF, an organization that for years has been dedicated to the noble cause of protecting endangered animal species.

We are happy to be a part of the fight for a better planet, where there should be a place for all creatures.

Tourism and the associated human presence is displacing animals from their traditional habitats. The shrinking of the areas they naturally inhabit prevents them from returning to their historical breeding grounds.

For a long time, seals have been treated as pests that compete for the same food, i.e. fish, and as a result they can also destroy fishermen’s nets. On the southern coast of the Baltic Sea (Germany, Poland, Russia and Lithuania), seals have been depleted by humans. 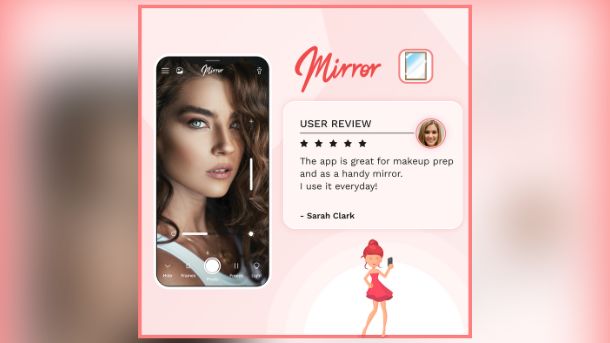 We have made a few changes, among others we have improved the graphic design and added some tools that will make using the application easier.

Check out the message that appears when you launch the application.

– is an app that is your personal pocket mirror

– if you want to correct your makeup then you know how important it is to have a perfect mirror. You can always have it with you

– in our latest update, we’ve made changes to make the app easier to use. Check them out and let us know how you like it 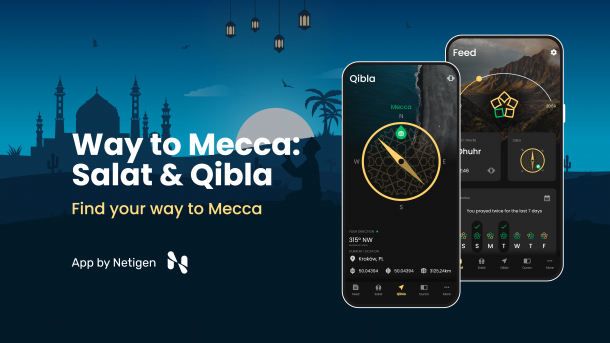 We are proud to announce that our newest app is now available! Introducing Way To Mecca: Salat & Qibla, an app for Muslims that allows you to find the right direction to pray and also reminds you of upcoming prayer times!

At the same time, we are still developing the app and you can expect new features to be added soon.

Our application is available in Google Play store.

Below is some information about the application.

Find your way to Mecca with the app Way to Mecca: Salat & Qibla created specifically for Muslims and their prayers. Receive the call to the upcoming prayer (Athan). Find out when the exact time of salat prayer is. Determine the exact direction of prayer to Mecca (Qibla).

During Ramadan, you will find it easier to know when the time of prayer falls. Use the Muslim calendar and track the progress of your prayers. The Way to Mecca app: Salat & Qibla allows you to set reminders for upcoming prayers, which is useful for every Muslim.

– Based on your location and time of day, check when it is time for Salat
– Mark the prayers that have already been recited
– Use the Muslim calendar
– Enable or disable notifications of upcoming prayer times
– Find your direction to Mecca

– easy to use and functional application for Muslims
– lightweight, does not weigh down the phone
– several language versions
– beautiful, modern design
– constantly updated with new functions

If the app is giving incorrect prayer times, it is possible that it is due to settings on your phone. Turn on your device’s automatic geolocation settings.

Compass points in the wrong direction

Use the compass calibration option and try again.

To work properly the application requires access to location (GPS). 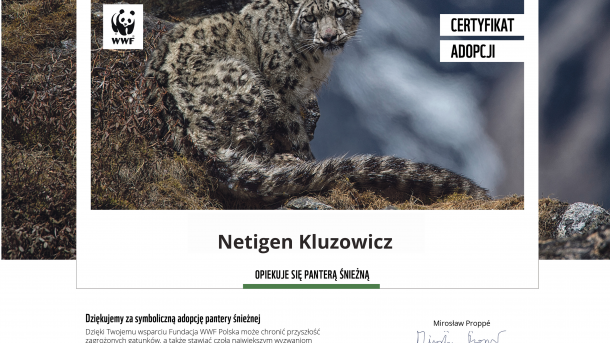